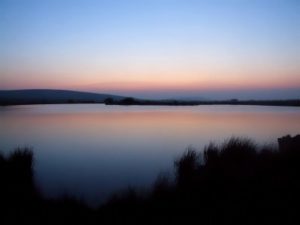 Cefn Bryn is the Gower Peninsula’s second highest point, rising 188 metres above sea level. As well as being Gower’s dominant land mass, it also holds one of the densest collections of cairns and othe pagan stone relic formations in the whole of South Wales. 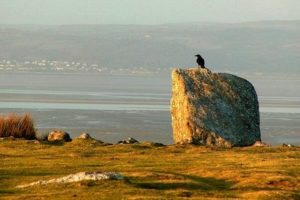 Over four metres long, two metres broad and two and a half metres high and raised on a series of angular stone supports, the capstone is an incredible twenty-five ton boulder of quartz conglomerate that was deposited here by a glacial ice sheet that crossed the entire South Wales countryside during the last great Ice Age. At this time the stone weighed a good ten tons heavier that it does today as some time before 1693 the rock was split cleanly in two. The stone was once the centre of druid worship and it is said that St. David took his mighty sword to the monument to prove it as an altar of false gods. The large segment of split rock still lays at the foot of Arthur’s Stone.