The Sweyne Howes tombs (SS 421 898) are situated approximately 300 feet apart and were constructed by the peninsula’s very first farmers. It was their funeral practice to bury their deceased along with certain goods and belongings (which they believed the dead would be able to make use of in the afterlife) and to then balance large slabs of stone upon the graves.

The northern most tomb stones are the best preserved of the two monuments, although neither anywhere near approaches the fine condition of the similar Neolithic tomb construction on Cefn Bryn known as Arthur’s Stone (I’ll publish more on that particular monument in tomorrow’s post). 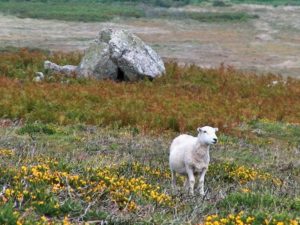 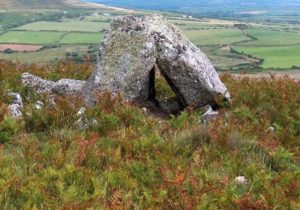